At the foot of the Himalayas, a 4-hour drive from the nearest town of Almora, a special community has established itself: Avani. 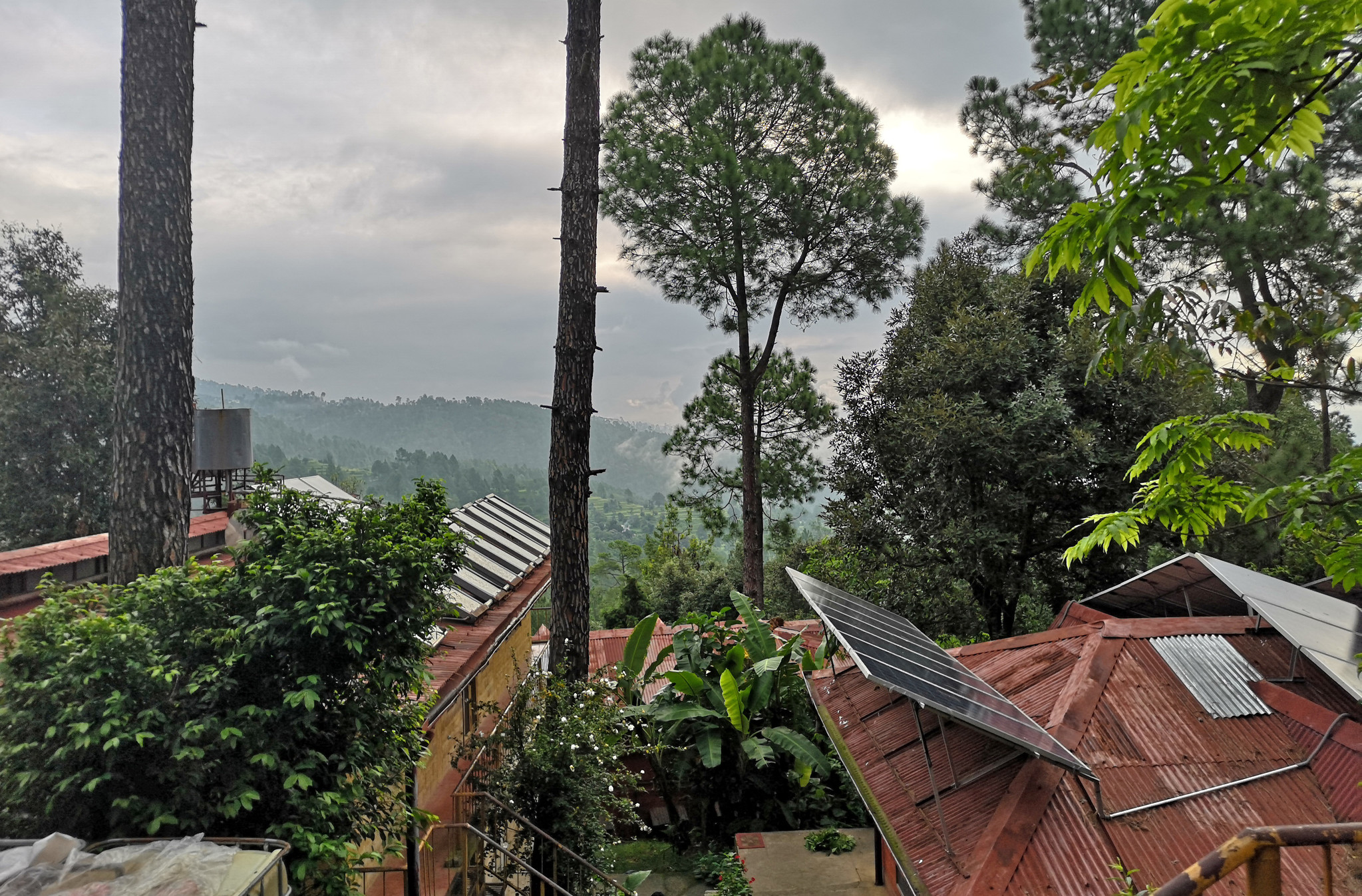 Solar panels on the roofs at Avani

It started in 1996 with the desire of Rashnees and Rashmi (husband and wife) for a simpler life. They left New Delhi and built a house near the village of Berinag in Uttarakhand state at an altitude of 1800 meters, not far from the border with Nepal. There are now about twenty buildings near their house and there is also room for visitors or volunteers. Scattered in the mountains are six more "centers" of Avani.

Life there is very basic and almost completely self-sufficient. Electricity is generated with solar energy, gas is produced with pine needle biomass and water is purified in large plant containers and stored in huge tanks.

Here wool and silk are dyed with indigo, the myrobolan nut, sappanwood and marigold among others. The most special thing is that years ago Rashmi devised to start coloring with Ageratina adenophora. A plant that has the nickname "ban mara", which means as much as forest destroyer. It is an invasive species that is native to Mexico and is spreading disastrous in the forests here on a large scale. At Avani they have succeeded in making beautiful mustard yellow and olive green colors. 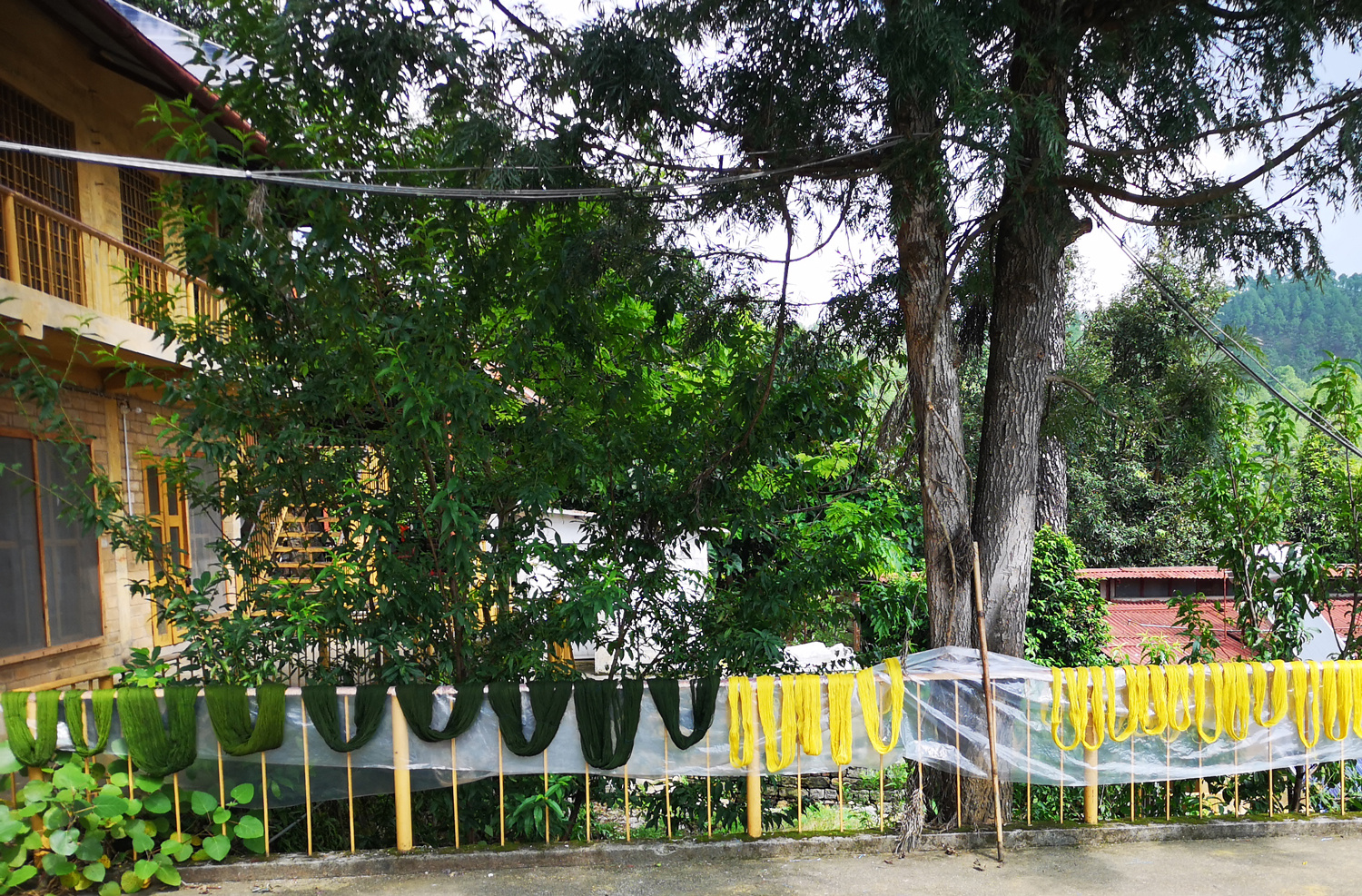 This short movie shows the importance of Indio in the community

The weavers of Sukna

The weavers of Avani are residents of the hamlet of Sukna. From the campus of Avani, half an hour by jeep and then another hour walk through the mountains. The center of Sukna consists of three "streets" of self-built houses where most weavers live. The entire village consists of about twenty families who live scattered on the ridge. 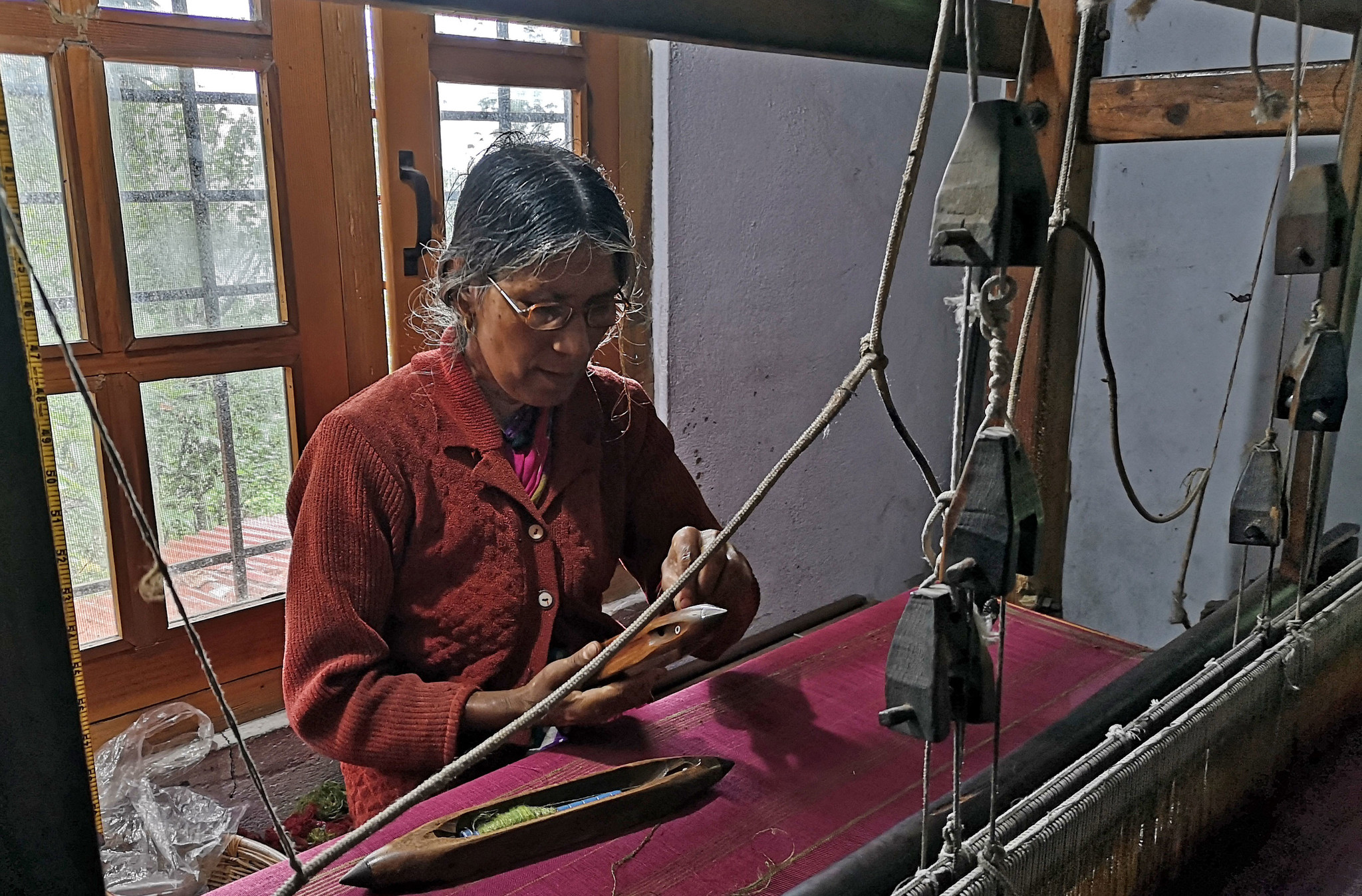 In Sukna every family lives by raising livestock and spinning and weaving wool and silk. Due to lack of work, most men have left for the city to earn money as a taxi driver, or they are employed by the army. Avani made sure that the women of Sukna learned the weaving trade and that the women who live a little further away in the mountains can spin wool and silk at home. 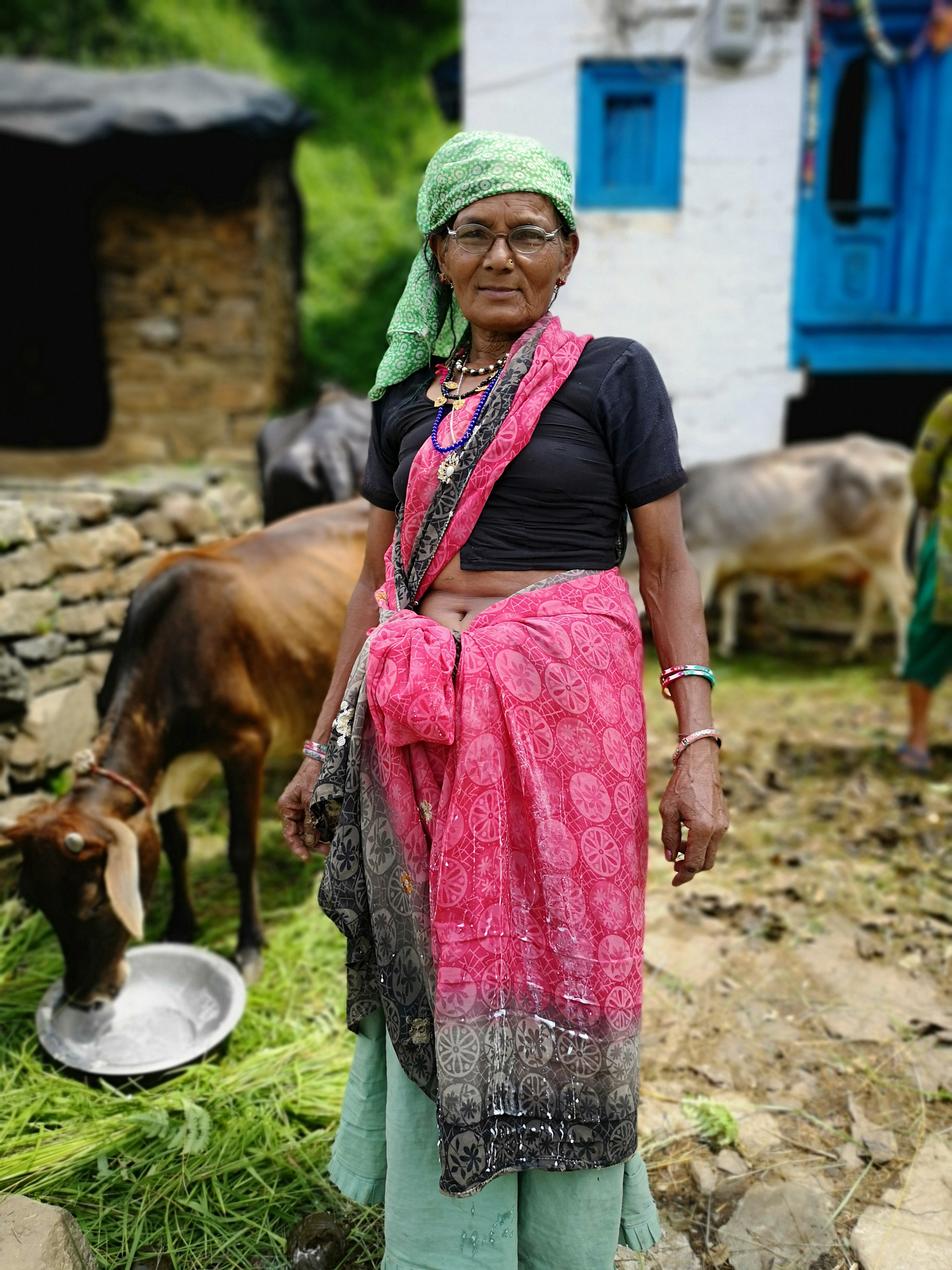 The women receive a monthly salary paid into their bank account from Avani so that they can continue to live in the village and send their children to school.

Sukna weavers walk five minutes from their house on a narrow path to a small building with 10 looms. If there is no school, the children come along. The women have been working to cut grass for their livestock from 5 a.m. At about 9.30 they sit down behind their loom and process the hand-spun wool and silk yarns on their loom into fabulously beautiful scarves. 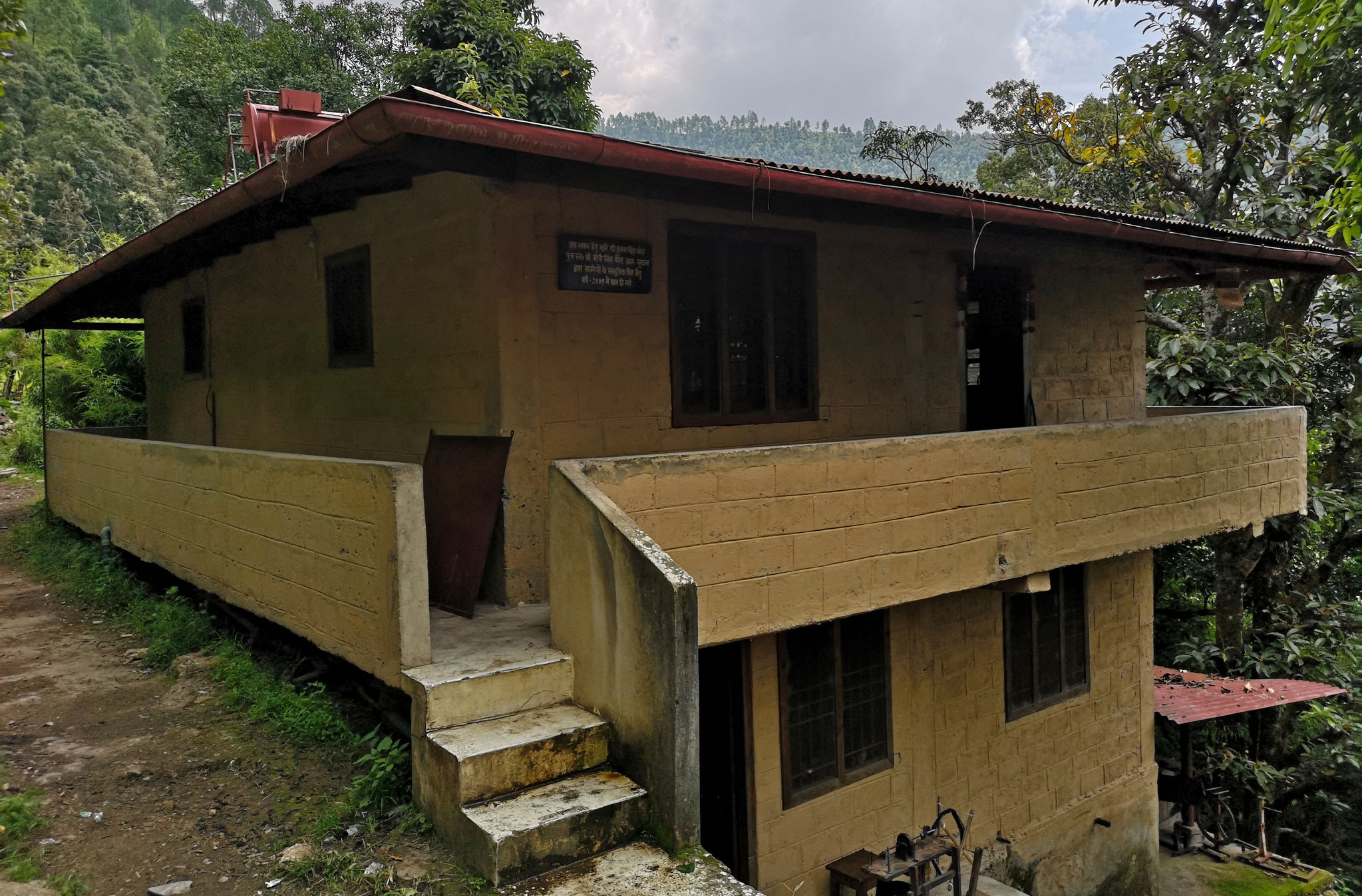 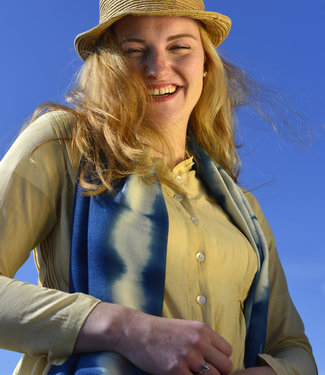 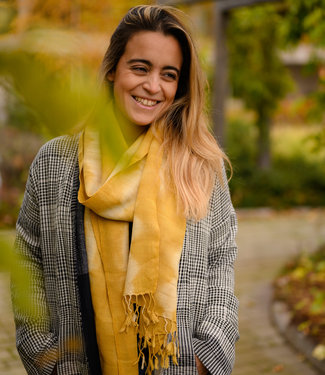 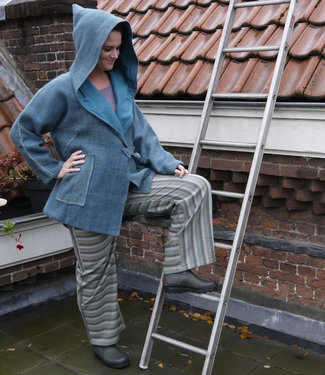 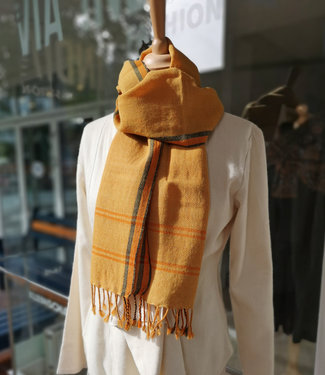 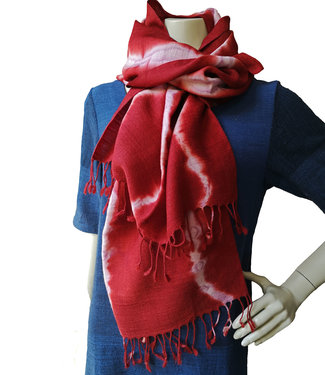