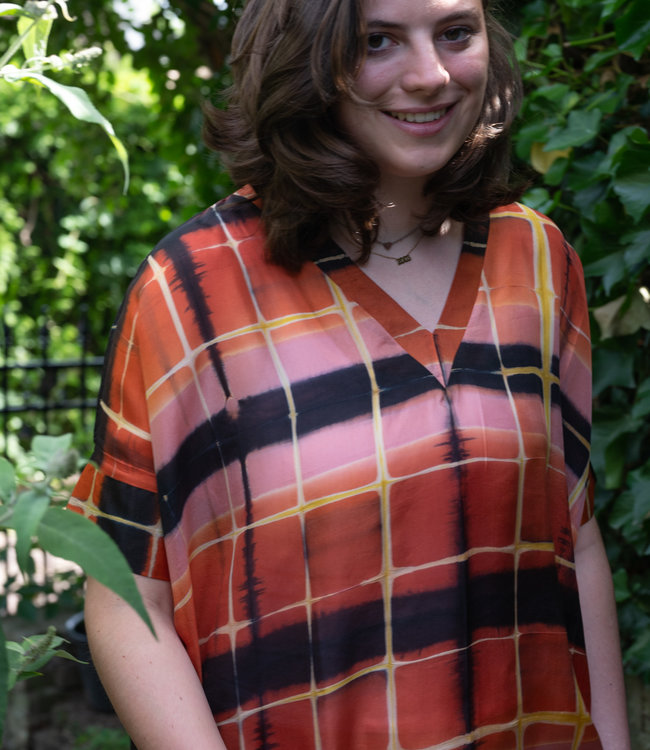 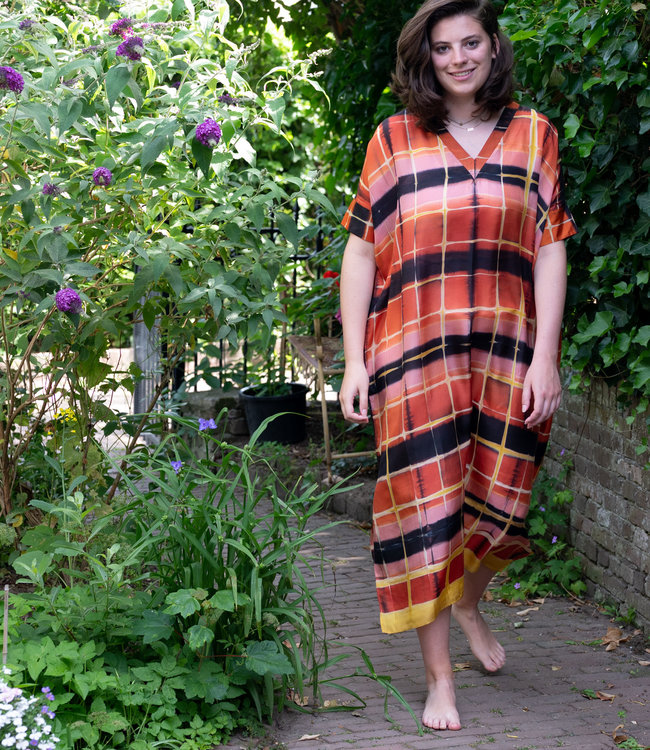 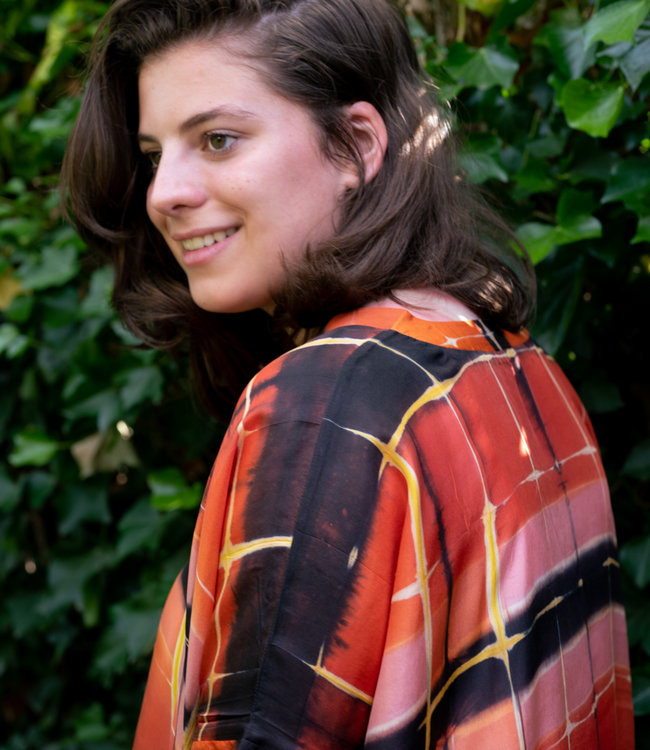 Spectacular kaftan dress in bright orange, interrupted by a yellow and black stripe design. The very light and soft down silk waves elegantly with you as you walk. A royal dress, so light you can fold it into a mini package. Also ideal for a holiday!

The makers of the dress

This silk kaftan dress was made by the Khatri brothers: Abdullah and Jabbar. They live and work in Bhuj, the capital of the Kutch district in the Indian state of Gujarat.

Their company employs 200 rural women. The brothers are known far and wide for their innovation and exceptional work. Two years in a row, in 2006 and 2007, Jabbar received the prestigious UNESCO Seal of Excellence for his outstanding innovations in the craft of tie-and-dye (fabric binding and dyeing).

The kaftan is made with the clamp dye technique, also called itajime. In short, the fabric is sandwiched between wooden blocks to create a paint pattern. But as simple as this sounds, the reality is so complex. The fabric is folded, knotted, dyed, unfolded again and this a few more times to get the right pattern in the right color combinations.

The choice of fabric is also important: light enough to fold several times and still allow the color to penetrate to the inner folds. The silk of this kaftan is Habotai silk, or down silk.

The fabric is folded into a small, tightly and neatly folded bundle. This bundle is fixed on wooden mold blocks. The shape and placement of the blocks determine the pattern on the fabric.

The clamped bundle is immersed in a steam vessel for up to 20 minutes. This allows the color to seep into the inner folds of the fabric. Fabric on the outer fold often takes on a slightly darker shade than fabric on the inside fold. The pieces of fabric covered by the wooden blocks are completely resistant to the paint and remain unstained. (The paint used is environmentally friendly).

Family craft from the 17th century

Since the 17th century, the ancestors of the brothers practiced the local and ancient art of bandhani. This is a tie-and-dye technique in which tufts of a piece of fabric are wrapped with thin thread before the fabric is dyed. When the brothers were 17 years old, they learned bandhani.

The Khatri brothers live and work in Bhuj, the capital of the Kutch district. This remote region in the Indian state of Gujarat is a textile mecca. In the blogs the special story of a scarf and Blokprint you can read more about the textile crafts of this region.

The design of the kaftan is from the slow fashion brand House of Wandering Silk. 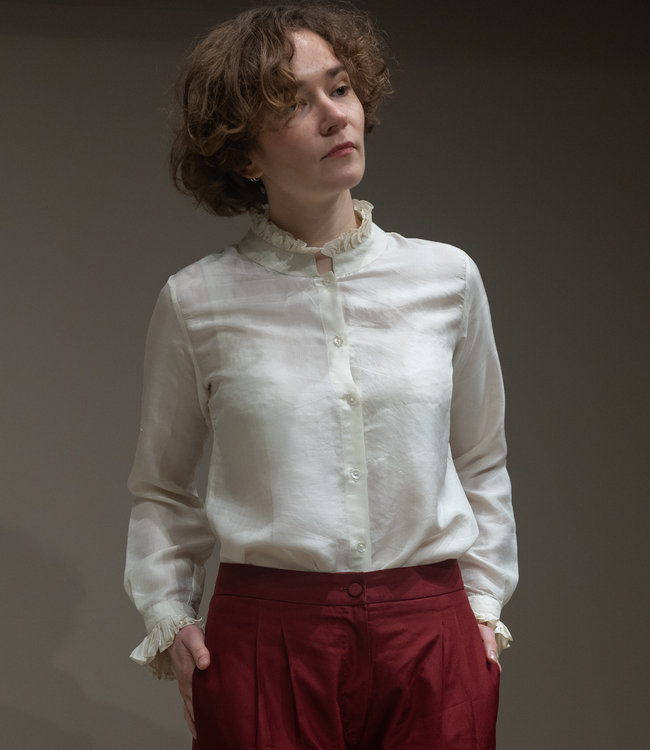 Stylish silk blouse with ruffles at the neck and sleeves. Th..
€119,00 Top with V-neck and wide three-quarter sleeves in hand-woven..
€62,50